Religious Tourism and its Obligations

Tourism is one of the most remarkable success stories of modern times. The industry, which began on a massive scale only in the 1960s, has grown rapidly and steadily for the past 30 years in terms of the income it generates and the number of people who travel abroad.

It has proved to be resilient in times of economic crisis and shows no signs of slowing down, despite the uncertainty, caused by the events such as September 11, other terrorist threats, and even unexpected new illnesses like SARS in the beginning of the new century.

According to World Tourism Organization data, more than 715 million people were travelling internationally in 2002, generating more than US$472 billion in earnings. The outlook for the first decades of the century are even more astounding. Forecasts predict 1.6 billion international tourists by the year 2020, spending more than US$2 trillion annually— or US$5 billion every day. The global wellness tourism segment alone is a whopping $439 billion annual market. That accounts for over one in seven tourist dollars. Growth projections indicate $678.5 billion by 2017.

Religious tourism is also a big draw for people, especially in India. In fact, in India it take on a international hue, drawing in governments to intervene, as in the case of the PM Narendra Modi speaking to Xi Jinping to ease visa restrictions to Mount Kailash, the sacred abode of Lord Shiva, Hindu god of destruction. Similarly, Modi visited the holy city of Kashi to pay his respects at the jyotirlinga, Kashi Vishwanath temple. 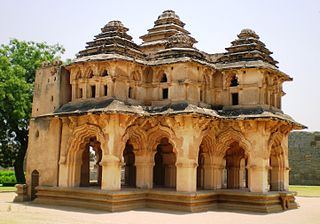 As more and more governments recognize the important role that tourism can play in generating badly needed foreign exchange earnings, creating jobs, and contributing to tax revenues, the competition for tourist spending is becoming ever more intense. Pressure on national and local governments to rapidly develop their tourism potential to meet demand and produce benefits, makes it more essential than ever to plan carefully and consider the human and environmental impacts of tourism development.

Tourism is an extremely complex endeavor. Not only are huge amounts of money at stake, but operators are providing economic incentives for protecting the natural environment, restoring cultural monuments, and preserving native cultures. In a small but important way, they are contributing to understanding among peoples of very different backgrounds.