Cave Art and Temples in the North 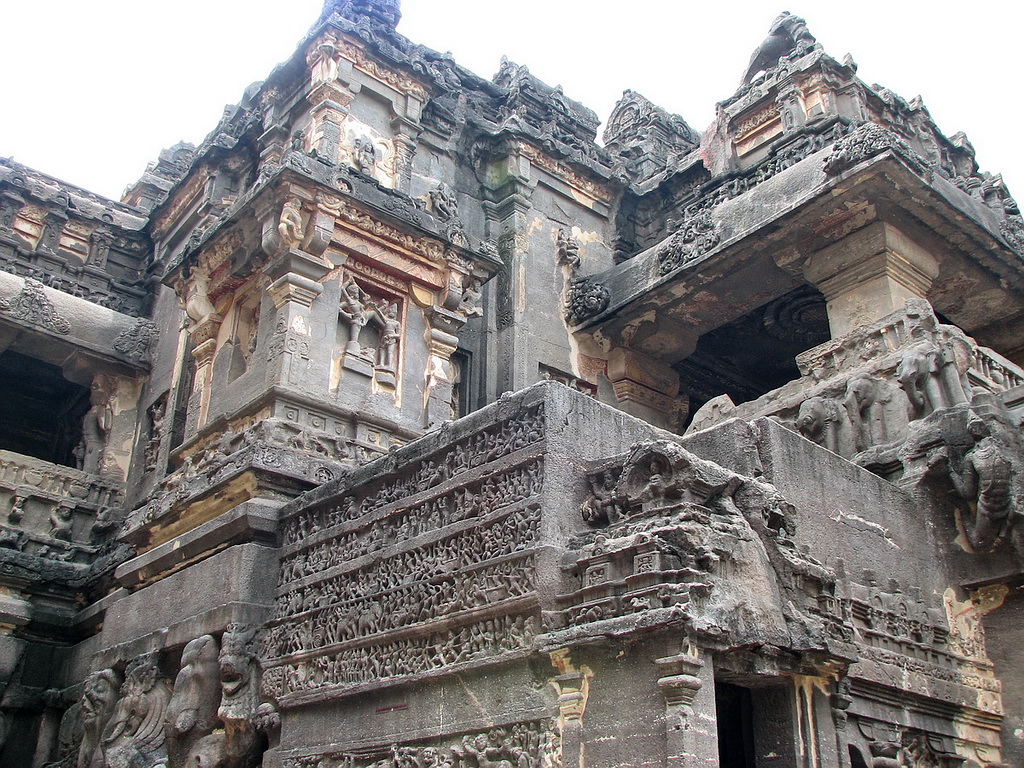 While Graeco-Buddhist art followed its course of development on the margin of India proper, local divergences grew less and each school, adapting itself a little, contributed to the formation of a new style which spread under the Gupta dynasty, continued in the following period and finally influenced the art of the Palas of Bengal. Initially, Buddhism remained predominant, but the aesthetic importance of Hinduism gradually increased from now on until, finally, Buddhism was driven out of India.

I shall first present some isolated Gupta statuary, both Buddhist (from the centres of Konark (a UNESCO World Heritage Site), the temple for the worship of the Sun or Surya Namaskar, and Sarnath) and Brahman, then Gupta and Pala stupas, and then Gupta caves; subsequently we will examine the post-Gupta rock temples, the last to be cut in India. Finally we shall look at the evolution of structural architecture, the most ancient specimens of which date from the reign of the Gupta emperors. In the 5th century new caves, chaityas and viharas appeared at Ajanta, all carrying the imprint of the style characteristic of the Gupta period. Carvings with representations of the Buddha in human form cover the walls.

The dagoba has become very cylindrical and is decorated with a seated or standing figure. The porch is cut in the living rock and decorated with highly ornamented pillars. Floral motifs appear, notably that of the flower vase ·which probably derives from the vase of plenty, well known in oriental art. Little by little the flowers are laden with people and mythical figures and the vase becomes finally no more than a characterless outline. Postures of yogis, counting beads on the rosary mala or rudraksha can be seen. Sons engaged in performing the karma (removal of past influences ) for their dead fathers are present. Lions, flying figures and human beings appear on the facades and the primitive arch (kudu) which had given its form to the entrances of chaityas has become a simple, decorative motif without any architectural significance.

Friezes appear on top of the columns which are now elongated and, have, besides cushion-shaped capitals, ornamented brackets. The most characteristic chaityas of this period are those numbered I 9 and 26 at Ajanta. A little later, about the beginning of the 7th century, the Visvakarma, this time at Ellora, has a facade with two stories which is more evolved than the preceding ones. Only a bull’s-eye window illuminated the highest gallery while on the ground floor the light entered by the only door.

The viharas of this period are large and contain a great number of pillars and cells and a The evolution of the vimana, the square sanctuary tower, reached its apogee in about 1000 in the great temple of Tanjore. Immediately afterwards we witness the degeneration and virtual disregard of the vimana, almost exclusively in favour of the gopuram.

The gopuram, on the other hand, tended to become higher as the height of the vimana diminished, and in the seventeenth century the gopurams of the Dravidian temples assumed gigantic proportions, as for instance at Madura where the south gopuram is 170 feet high and has eleven stories. In order to be able to build them higher and higher the builders reverted to such light materials as brick and wood. The superstructures were then covered with sculpture and brightly painted stucco decorations. In contrast with the northern tradition of casual abandonment of a temple in order to build another in a different or more ornate style, the Dravidians made use of the original temple which they enlarged little by little, surrounding it with walls which became longer and longer and gopurams which grew higher and higher.

The whole temple was seen as a metaphor of the human body, and thus, just as yogic physiology laid out the presence of chakras or energy centers, and nadis or energy channels in the human system, so also the science of temple construction listed similar anatomies for temples, in which the gopuram represented the muladhara chakra or root energy center.

They redecorated old pillars and gradually added mandapas to meet new needs, as well as constructing subsidiary buildings to house the ever-increasing temple staff. The temple complex became so large that it often became intermingled with the town in which it was housed. Thus we find that at Srirangam the temple complex contains no less than seven successive enclosures, embellished with twenty-one gopurams which decrease in size as one approaches the true sanctuary. The latter has lost its vimana which has become a simple cupola compensating for its exiguity by the richness of its decoration.

The interior of the temple, on the other hand, is enriched with numerous pillars; some mandapas contain more than a thousand of them, all more or less decorated with carvings and paintings. Nor is ornamentation lacking upon the walls and ceilings. The temple becomes the raison d'etre of the town, the pride of the kingdom. The bigger the temple, the more worshippers it attracts and the more it tends to develop. There ·would have been no end to the theocratic tendency of Dravidian architecture if modern times had not finally called a halt to this disproportionate expansion of temples.

The temples were centers of learning and performances areas for the classical arts like music and dance. The chief centers in the south of India were the Chidambaram Temple, built for Nataraja, and the temple atop Velliangiri Mountain.

They were also community celebration centers on occasions like the new year’s, like Ugadi and Pongal, or the festival of the goddess, Dussehra (also known as navratri, lit. 9 nights). Guru Purnima, the full moon night of the Guru, was also a special occasion, as was Makar Sankranti, a harvest festival, especially in the ancient town of a Kashi or Banaras.

The Himalayas have much to offer, but the environment is fast changing and can have a potentially disastrous effect on human populations. Climate change has had an impact on some pilgrimage places. The Chorabari glacier, some 12,800 feet... Continue →